By: The Mom Project

Our RALLY program is designed to match professional women and create a space to speak candidly with each other, to give and receive career advice, and to build a powerful network of supporters.

We created RALLY because we know that there is something special in being a part of a powerful duo of women who lift each other up. In celebration of this, we wanted to showcase a few of our favorite pairs - along with some lessons gleaned from watching them flourish. 💪

Michelle Obama counts Valerie Jarrett at the top of people who have influenced her. With a nearly three decade long relationship, we're lucky that Valerie shares her key to a successful mentorship - authenticity - so freely. “Mentorship comes out of relationships. It’s not a drive-by..." Jarrett has said previously, and we couldn't agree more.

Reshma Saujani (Founder of Girls Who Code) has said of Hillary Clinton, "She taught me the power of resilience. She always gets up to fight another day." And she also mentions that "sometimes mentorship means being able to watch somebody’s leadership from afar." Which is a great point - your Match can learn a whole lot from you just by observing how you behave, so be sure to lead by example.

Oprah Winfrey has said many times that Maya Angelou was "the greatest mentor I’ve ever known." Considering that relationship spanned many decades, there have been quite a few pieces of advice Oprah cherished from Maya. One that stands out for us:  "When you learn, teach. When you get, give." Mentorship is a two-way street and it works best when we keep turning about and holding up the next person behind us.

Viola Davis and Meryl Streep have been publicly and vocally supporting one another since they first became friends. Viola has recounted how Meryl “gives lessons in confidence all the time" which is something all mentors should do. Generally people in a mentorship have an idea around what they need to do, but need a boost of confidence from their mentor to make a decision and take action.

Lena Dunham credits Nora Ephron with giving her the advice that she’s taken with her in all of her endeavors, “You cannot wait around for someone to give you permission to tell your stories.”  Ephron’s role as a mentor inspired Dunham to recognize that her perspective was valuable and to be uncompromising in her artistic vision. After all, the role of a mentor is not to give out specific answers, it's all about getting your Match involved in finding the answer for themselves.

These mentorships show us the power in the pair and highlight how important it is to have someone that you trust to advise, support, and even challenge your ideas. Because we move forward when we move together.

Click here to learn more and apply to be in one of our inaugural RALLY Matches!

Questions? Email rally@themomproject.com and we will get back to you as soon as we can.

Starting a New Remote Role: Advice from the Pros

Forget Resolutions, Fuel Your Career Intentions for 2021 Instead 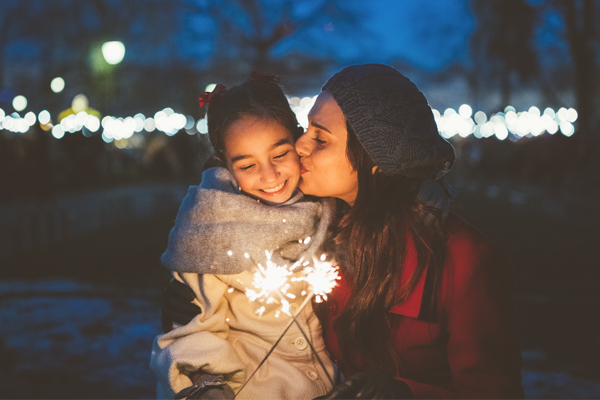 Unlearning & Embracing: What Will You Take With You in the New Year?